This week began the Fiestas de San Pedro in Camara de Lobos and with that we had to put on the street lamps with bottles and bicycle rims and doors with designs made with new cans in which we were working. 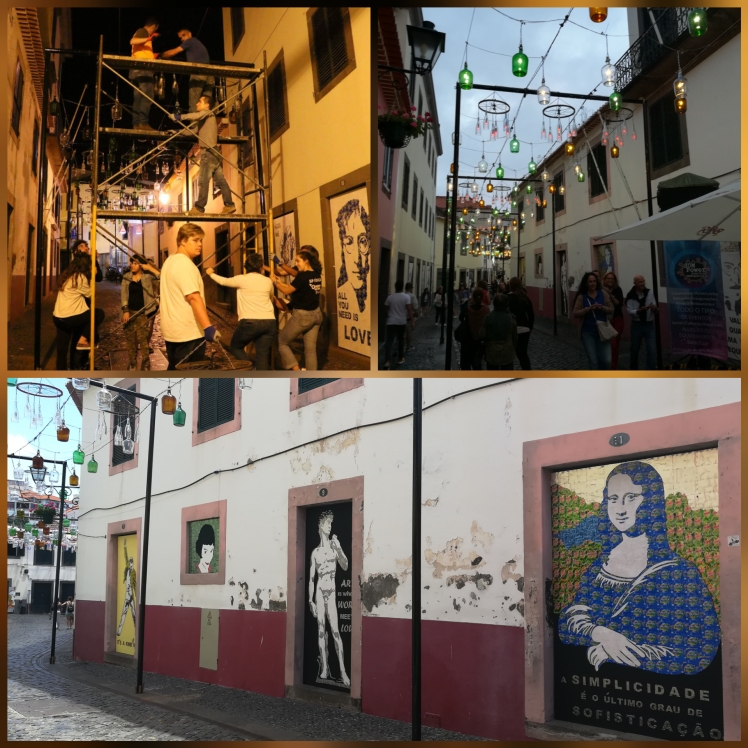 These parties last from June 27 to July 1. There are many activities among them processions of the saint, parades called “Marches of San Pedro” typical parades in many festivals of Madeira, concerts, fireworks, DJs until late at night … 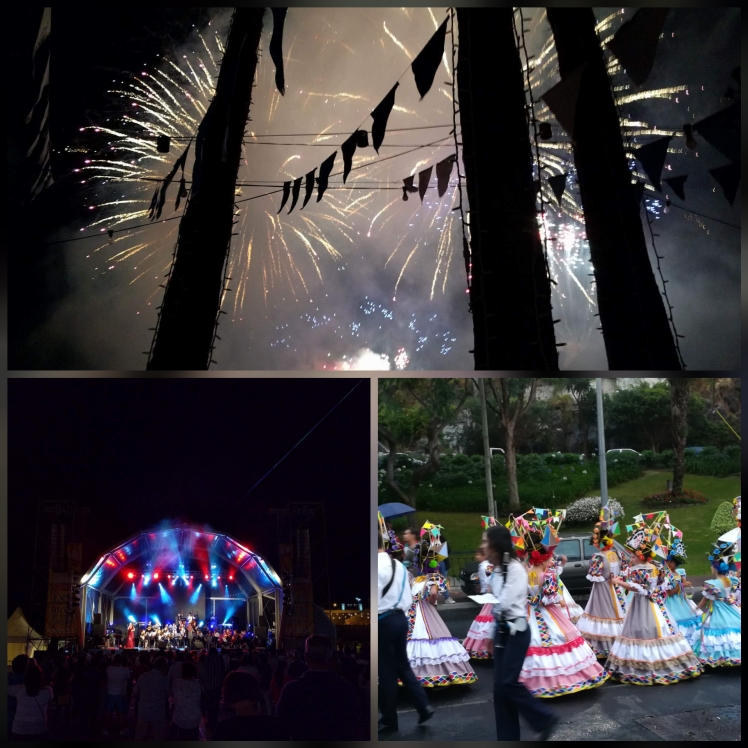 Teatro Metaphora also participates, in addition to the street decorations, we have also combedido our work space in a bar where you can take among other things, a strike at a very good price or buy some earrings, necklaces handmade key chains with cans. We are all very happy because with disposable items that in many of the places end up in the landfill without the possibility of being reused, we have created something striking, that in addition to being beautiful can make people aware and think about giving a second use to their things .

This publication reflects the views only of the author, and the Commission cannot be held responsible for any use which may be made of the information contained therein.