As I’m having lots of spare time on the island I decided to sign up on piano classes. I’m still deluding myself with a thought that one day I’ll be able to play Maple Leaf Rag, the way Scott Joplin, composer, did himself. Anyway this isn’t relevant to the main content of this article.

As I finished my piano practice I passed by the Jesuits College, one of the most important historic buildings in Funchal. I instantly decided to visit it. Luckily enough I met there EVS volunteers who gave me a tour and taught me about this impressive building and its fascinating history. Here’s what I learned.

Picture: The main entrance to the Jesuits College bulding.

The Jesuits College was founded by the king D. Sebastião in August 1569. Since that time the building was used for various functions and became one of the most important centres of Funchal commune. For over four centuries the building served as a dwelling place for numerous tenants. Among these were Jesuit monks, that built the place to spread Christian faith; English soldiers that came to Madeira to protect the island from inflowing Napoleonic forces. Today the Jesuits College is employed as Madeira University’s headquarter.

Picture: Tower of the building exhibits the wealth of Jesuit occupiers. Similarly to trippl layer of roof tiles that from the beginning of renaissance indicated high social position of its tenants.

When it comes to architectonic side of what I’ve been told. I’m not into architecture, but I’m susceptible to beauty and the place absolutely stole my heart. The building is richly decorated in both the baroque and mannerist styles and thanks the blend of two proudly stamps this place as a national monument.

Picture: The water well bulit by Jesuits. Its stone casing used to be at the hight of the ground-level, but since earthquake raised level of ground, the cover had to be elevated.

You may ask me now, why does it all has to do with the title of this article?

Well, as I’ve been shown around the place I learned from a very knowledgeable guide, Katarzyna Koza, that the only king that visited the Jesuits College, and in fact the only one that visited Madeira was King D. Carlos I. The penultimate king and queen paid a visit to Madeira at the time when strength of monarchy was fading away. Their presence was made for bettering their image and admirably to gain more respect of their subjects, that’re Madeiran people.

Why I find Portuguese kings barmily foolish… Well, if I were a king of Portugal I would visit Madeira at least once in my life. Not only to tighten the bond with local people here but to actually see the place. It’s worth it! 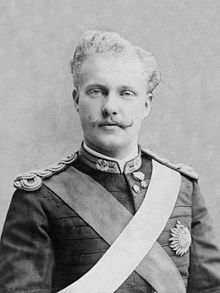 If you find yourself in Madeira, you should go and visit monuments in Funchal. My piece of advice to you is to go to the Jesuits College building. You’ll not only have an opportunity to see the place but also a chance to ask students of Madeira University Association, of free guided tours and currently held exhibitions. They will provide you with great insights on what is happening in the capital city at the time of your stay.