Festive season in Portugal and as well as in almost the whole Europe came to the end, while Orthodox Christians are just in the middle of celebration. .. It is always interesting and enriching to see and compare different traditions and cultures, that helps you to broaden your mind, grow tolerance in you, understand and appreciate your own culture better…

Every nativity exhibition had its distinguishing features – for some scenes dolls were used, sculptures or figurines – for another, in Jardim de Serra presepio there were nameplates for every item or subject, which was really helpful. Some figures were mechanically operated in nativity of Porto da Cruz. Repatriates, being influenced by the countries where they lived, introduced their vision of nativity in Calheta’s presepio. 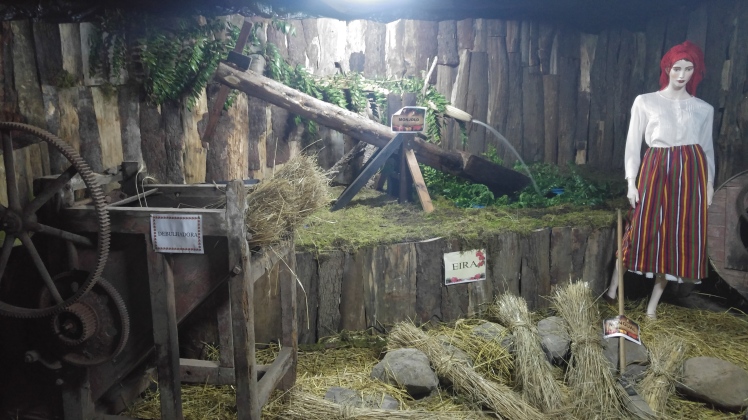 Usually by nativity scenes are understood special exhibitions during the Christmas season, either using model figures in a setting or enactments called “living nativity scenes” in which real humans and animals participate. Nativity scenes exhibit figures representing the infant Jesus, his mother Mary,and her husband Joseph. Other characters from the nativity story such as shepherds and sheep, and angels may be displayed near the manger in a barn (or cave) intended to accommodate farm animals, as described in the Gospel of Luke.

Nativity scenes known as “Lapinhas”, or “Presépios”, are one of the attractions in churches, in private dwellings and also in public places on Madeira. Generally speaking, there are two kinds of “presépios” on the island. One of them is known as “Presépio em Escadinha” and the other one as “Presépio em Rochinha”.

The “Presépio em Escadinha” (nativity scene in the ladder shape) appeared many centuries ago and descended from generation to generation. This type of the crib is made on top of a wooden frame in a ladder shape, hence its name. At each step fruits, usually oranges, mandarins, pears and apples are placed.

“Presépio em Rochinha” translated literally as Nativity on the small rock, refers to the landscape of the island.

Madeira’s nativities do not only show the Biblical story and characters, it also depicts the culture and traditions of Madeira, and even landscape… Nativity scenes include mountains, valleys and waterfalls, inspired by magnificent nature of the island. Due to orography of the island, scattered Madeiran traditional and typical houses, paths and poios are peculiar and recognizable… As decoration typical plants, endemics and sprouted seeds of wheat, corn and lentil are used, so the preparation for nativity exhibitions starts well in advance. 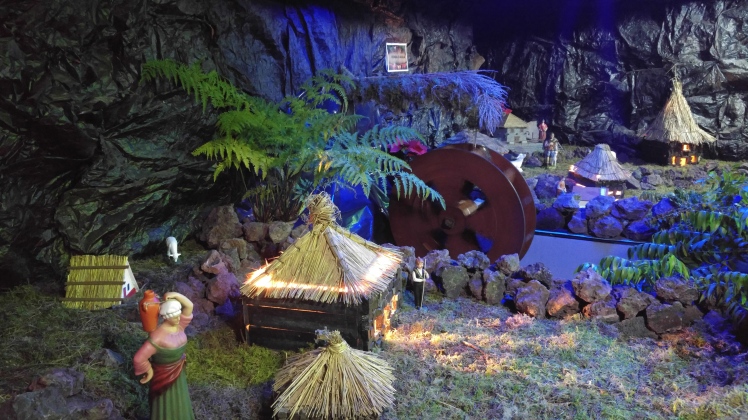 Madeiran nativity scenes also represent history and culture of the island, its hardworking people, traditional occupation and crafts of the insulars. How difficult, hard and labourious live was back then. We can see simply instruments, which tunnel makers used before, water and wood carriers, women with their embroidery crafts, agriculture workers, which cultivated sometimes absolutely inappropriate pieces of land… Traditional costumes of the dolls are made carefully and with great details. 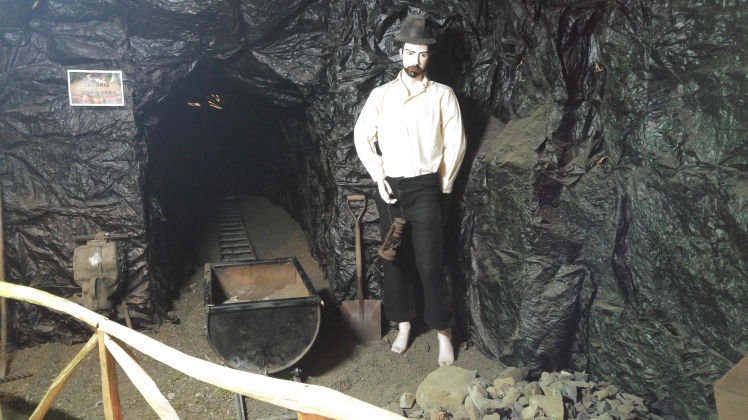 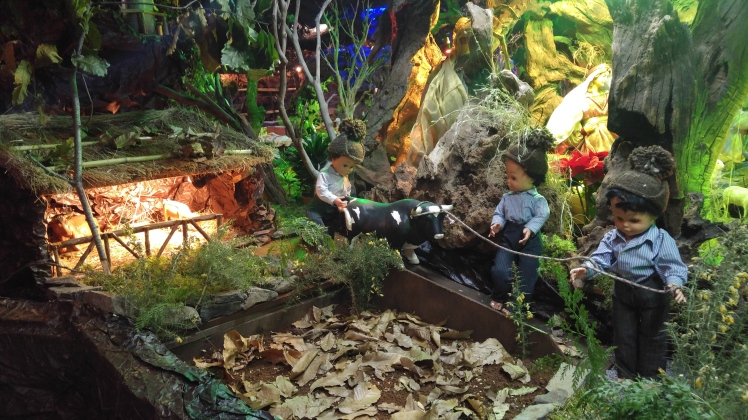 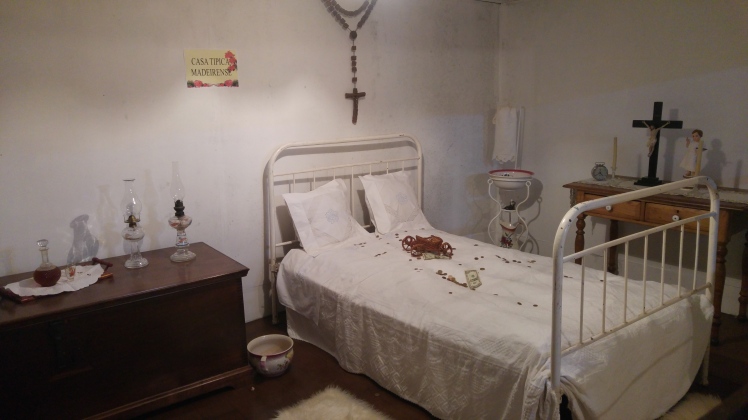 I find this idea of combination the nativity scene and history of the island not only interesting and peculiar for foreigners, as well as useful and educative for locals. That’s important for people not to forget your roots and to know where you are coming from and to preserve your culture.

In Ukraine we do not have tradition of nativity exhibitions, but I also can get you interested with our tradition of vertep ( Cyrillic : вертеп). Ukrainian vertep is a crucial element of authentic Christmas theatrical performance. The original meaning of the word is “secret place”, “cave”, “den”, referring to the cave where Christ was born. In older times, people referred to vertep as to a little portable puppet theater. It was the two-level stage in the form of a building in which the performance takes place, the religious part on the upper level and the secular part on the lower. There are 10 to 40 vertep characters, typically among them a sacristan, angels, shepherds, Herod, three kings, Satan, Death, Russian soldiers, gypsies, a Pole, a Jew, a peasant couple, and various animals. All the hand puppets are usually operated by one person, the vertepnyk.  It appeared in Ukraine in the latter half of 16th century. Vertep theater declined in the mid-19th century. It has retained a symbolic significance, as in the miniature Nativity scene displayed in Ukrainian homes during the Christmas season and in the Christmas carolers dressed up as vertep characters.

In the 20th century vertep theater has been revived as a zhyvyi ‘live’ vertep, with live actors faithfully re-creating the traditional village vertepy. In modern times, vertep is understood as Christmas theatrical performance. Ukrainians dress as various national characters during Christmas season and reenact the plays of vertep. The most symbolic element in these plays is a star. This form, following the old tradition of Malanka, is quite popular in Western Ukraine. Often hidden political meanings are placed in the performances. Vertep in Ukraine also became heavily intertwined with singing of the Ukrainian Carols (Kolyadki).