Since the first days that I was here, I felt really fascinated by the area of Câmara de Lobos called Ilhéu. I also tried to start a project but it was impossible to go on by myself. Now, that I am working on some projects about poetry, I am joining everything together and today I … END_OF_DOCUMENT_TOKEN_TO_BE_REPLACED

Sometimes people asking me what I’m doing there. So here is some parts of my daily life. Be careful there’s a lot of letters! About video. For the moment I study some software for making video. It is a bit hard but I feel everything is possible. And for the moment I have some interesting … END_OF_DOCUMENT_TOKEN_TO_BE_REPLACED 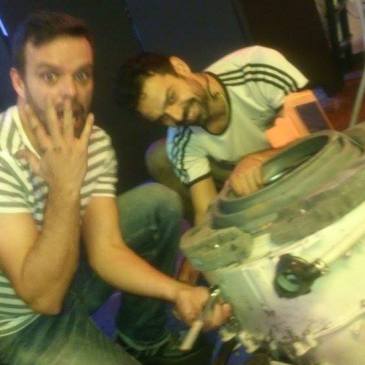 What I am writing about now has to stay secret between us. Teatro Metaphora is preparing several activities and we cannot talk about it – but it’s so exciting! The first one… (coming summer 2016) The second one… (coming February 2016) The third one… (the most secret one, coming February 2016) As Jose says, it’s … END_OF_DOCUMENT_TOKEN_TO_BE_REPLACED

A beautiful and surprising event happened yesterday night. A poncha bar known as “Agrela”, a favourite place of local fishermen, hosted poetical readings. The event was called “Noite Pessoana” and was devoted to the works of Fernando Pessoa, a famous Portuguese poet. It was organized by Nicola D’Altri who is in love both with … END_OF_DOCUMENT_TOKEN_TO_BE_REPLACED